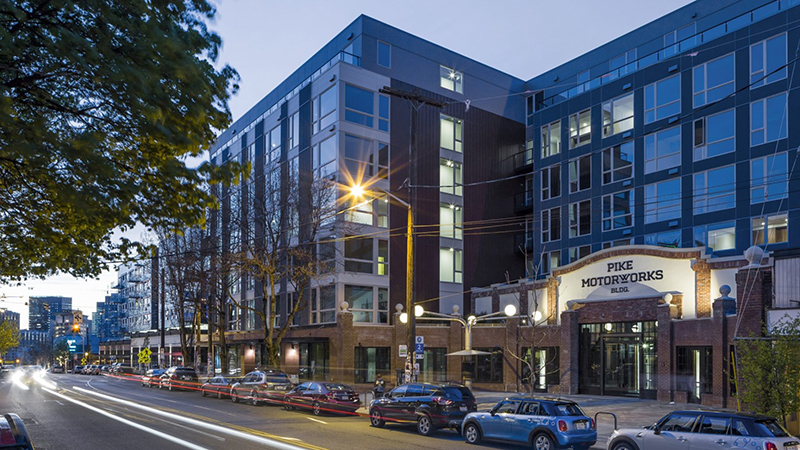 "Built has proven to be one of the most efficient and cost effective system processes The Wolff Company has implemented as we’ve expanded into the general contracting world."

An Arizona-based real estate investment firm focused in the multi-family sector, The Wolff Company has been a leading real estate developer for more than half a century. Founded in 1949, the company has grown to $3 billion in assets under management and boasts nearly 20,000 units. Wolff has worked with countless general contractors over the years, but only recently made an intentional entry into the role of general contracting themselves. As seasoned owner-developers, Wolff has long had familiarity with the process of collecting lien waivers and remitting payments on behalf of their GC’s, but until recently, the workload in that regard had been fairly limited. So when the opportunity arose for Wolff to assume the general contractor role on a job that was already in motion, they recognized their current system’s inadequacies. With ambitions to move into the general contracting space more permanently, Wolff sought an improved and efficient solution that could help them take the next step, and Built proved to be the right tool for the job.

Since implementing Built, The Wolff Company has enjoyed vast improvements to their systems. Not only has Built provided clear channels of communication between all parties, but the software’s integrations have ultimately led to faster turnaround times and shorter project timelines.

Seamless Integration -when all systems can communicate, less work has to be done twice

Faster Payments - once a document is signed, payment is electronically sent — automatically

The Wolff Company has long been revered for their work as owner-developers, but their foray into general contracting is relatively new. Although today they are striding into the GC realm with motivation and strength, their beginnings in such a role weren’t always by choice, leaving them struggling to keep up with the necessary documentation. In years past, when one of their GCs was unable to fulfill certain duties, it was up to Wolff as the owner of the project to both ensure payments were remitted and to see necessary documentation was completed. Jumping into the GC role in the middle of a project presented some serious hurdles: corresponding with subcontractors via email and phone calls proved ineffective and disorganized; cutting paper checks that had to be overnighted proved costly and slow; and properly fulfilling lien waivers in accordance various state statutes proved nearly impossible when done manually. Further adding fuel to frustration, Wolff was essentially forced to revert to these antiquated systems, after having already taken strides towards technological savviness in the owner-developer space. Such laborious experiences left a bad taste in their mouth, and left them in search of a solution that would allow them to grow into the GC role with strength and confidence.

A quick search was all The Wolff Company needed to discover Built and realize the potential for improvement that this technology could provide. Having already chosen Procore as their construction project management software, the choice to move forward with Built’s Procore Lien Waiver integration was obvious due to the synchronization between the two platforms, making their work processes seamless. Facilitating the digitization of lien waivers was a major draw for Wolff — with creation, delivery, signature, and return transpiring via the platform — and the ACH payment functionality sealed the deal. Wolff was thrilled by the prospect of once and for all doing away with paper trails and paper checks, and further motivated to strengthen relationships with their subcontractors due to these promised efficiencies. With the help of Built’s implementation team, Wolff was set up on the platform and integrated with their other software systems in next to no time. Even with the inevitable initial learning curve and the great amount of data entry required to get set up properly, Built’s team offered step-by-step training and kept in consistent communication with Wolff to ensure questions were answered, systems were understood, and moreover that the Wolff team felt confident utilizing the platform to fulfill their needs and be successful.

Since implementing Built, The Wolff Company has been able to step into their new role as general contractors with confidence, efficiency and ease. Not only has Built mitigated the team’s time spent on manual project management, but it has alternatively opened up the communication channels between all involved parties via the easy-to-understand dashboard and intuitive design. Utilizing Built and its integration with Procore and the ACH Payments feature, the platform has greatly improved The Wolff Company’s ability to keep track of lien waivers and monitor their progress, while enhancing their capacity to pay subcontractors quickly. On average, these efficiencies have allowed them to receive lien waivers between 10 and 15 days sooner than before, which leads to faster draws, faster payments, and faster project timelines overall. All told, Built has created reliable, organized systems that keep projects moving forward. These technological advances that Built provides ultimately keep Wolff’s projects in motion so they can hit their projected deadlines, and grow this exciting new branch of their business. With Built in their toolbelt, The Wolff Company’s future as a general contractor looks very bright, indeed.

"Our company strives to find innovative solutions that embrace technology, which is why we were drawn to Built and its efficiencies and system integration capabilities. Built has streamlined the payment and waiver collection process for us so that our team can focus on executing to our highest standards. Built has made all the difference and I would recommend the system to any contractor, large or small." 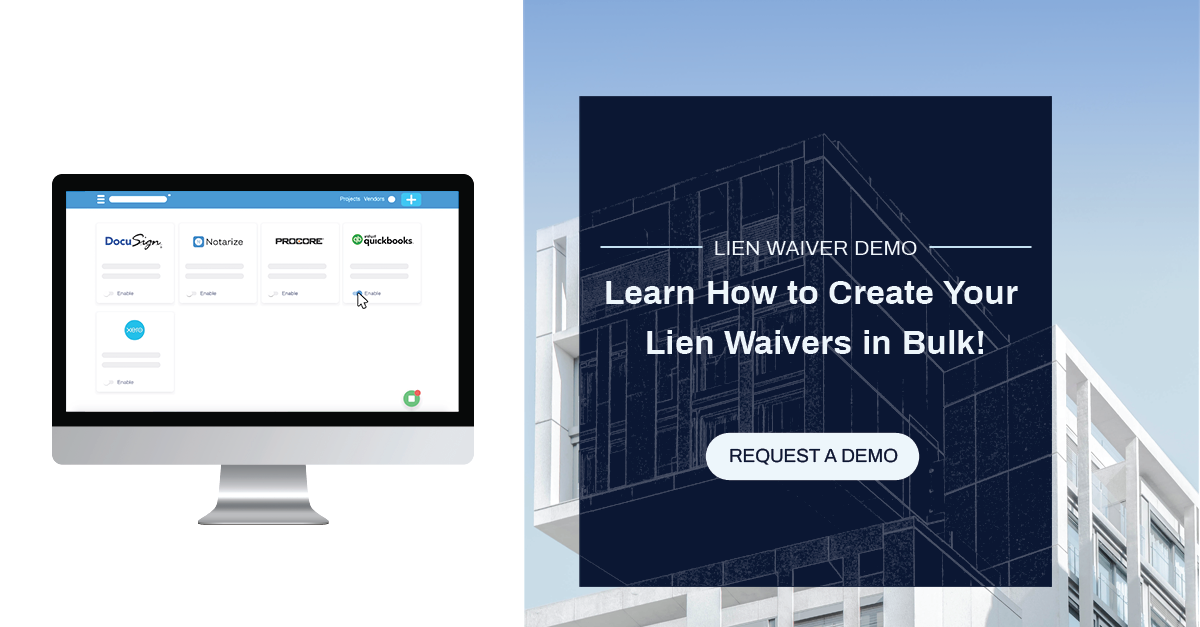 The Wolff Company receives lien waivers 10 to 15 days sooner than before using Built.

95% of The Wolff Company trade partners are likely to recommend Built.